1921 – 1932
In 1921 Fiep went to the public primary school, where her father was a teacher. Fiep drew pictures from a very early age, mainly little figures in odd positions.

1932 – 1937
After secondary school Fiep’s parents let her go to the Royal College of Arts and Crafts in
’s-Hertogenbosch.

1937
Fiep received her first commission: she was to illustrate the Zaltbommel tourist information guide. 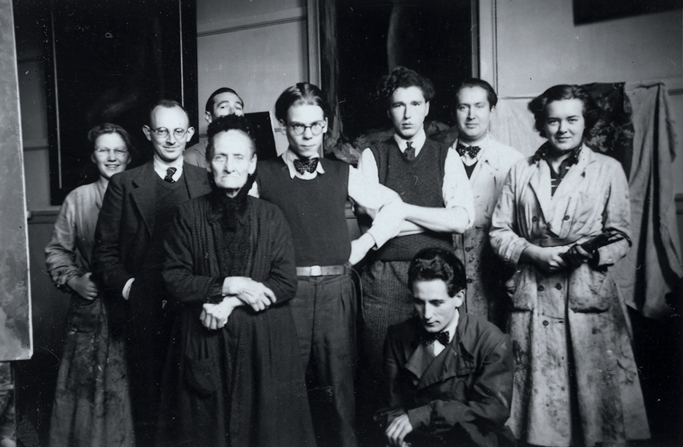 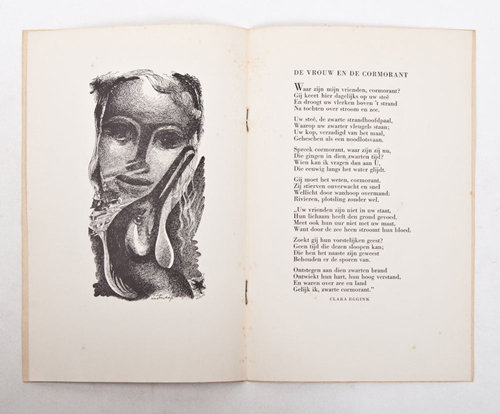 1943 -1945
During the last years of the war, Fiep stayed with her family in Zaltbommel and the surrounding area. Fiep worked at the Town Hall, forging documents and passports. Her talent for drawing also came in handy for making ground plans of the banks of the Waal.

1945 – 1948
Through Clara and Jan, Fiep had met the poets Adriaan Roland Holst and Simon Carmiggelt, and it was through them that after the war she ended up in the circles of ‘Vrij Nederland’ magazine and ‘Het Parool’ newspaper. In 1945 Fiep illustrated Henriette van Eyk’s children’s book ‘Sneeuw’. In 1947 Fiep illustrated ‘Het verloren schaap’ by Han G. Hoekstra, a book of poems for children. 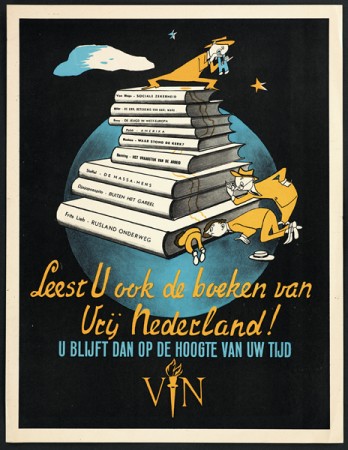 1948 -1951
She was one of a group of illustrators and journalists involved in producing the satirical magazine ‘Mandril’.

3 september 1952
From 1949 onwards there was a children’s corner, ‘Parool-Junior’, on the women’s page. From 1952 onwards the corner became half a page and the adventures of Jip and Janneke appeared in it. Fiep’s collaboration with writer Annie M.G. Schmidt, which began at this point with Jip and Janneke, would continue until Annie’s death in 1995. 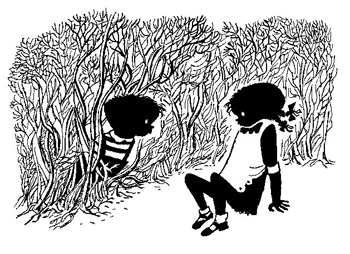 1957
First adventure of the two cats Pim and Pom, written by Mies Bouhuys, appears in ‘Het Parool’. The adventures will continue until 1968.

1968
From 28 September 1968 onwards, every fortnight a story by Annie M.G. Schmidt appeared in ‘Margriet’ magazine about a little
boy called Pluk who had all sorts of adventures with his red breakdown lorry (English translation available as ‘Tow-truck Pluck’). 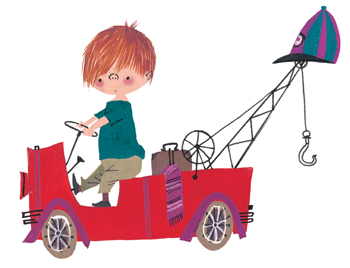 1969
‘De Pim-and-Pomnibus’, collected stories about the two cats Pim and Pom by Mies Bouhuys was published.

1976-1980
In 1976 Fiep had the opportunity to make new illustrations for the book ‘Rijmpjes en versjes uit de nieuwe doos’ by Han G. Hoekstra, but now in full colour and without a deadline. Fiep would later say it was her favourite. 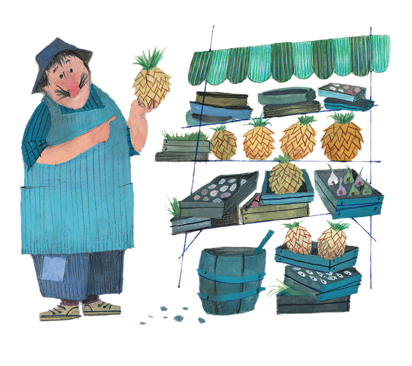 In 1976 the children’s magazine ‘Bobo’ asked Fiep if she would be interested in making colour illustrations of Jip and Janneke for the magazine. Fiep continued to work for ‘Bobo’ until 1991.

1979
In 1979 ‘Otje’ (written by Annie M.G. Schmidt) was published for the first time in the women’s magazine ‘Margriet’. This series
of stories was introduced as a big new series of stories to be read and read aloud. Fiep made more than eighty illustrations for this series. In 1980 ‘Otje’ was published by Querido as a book. 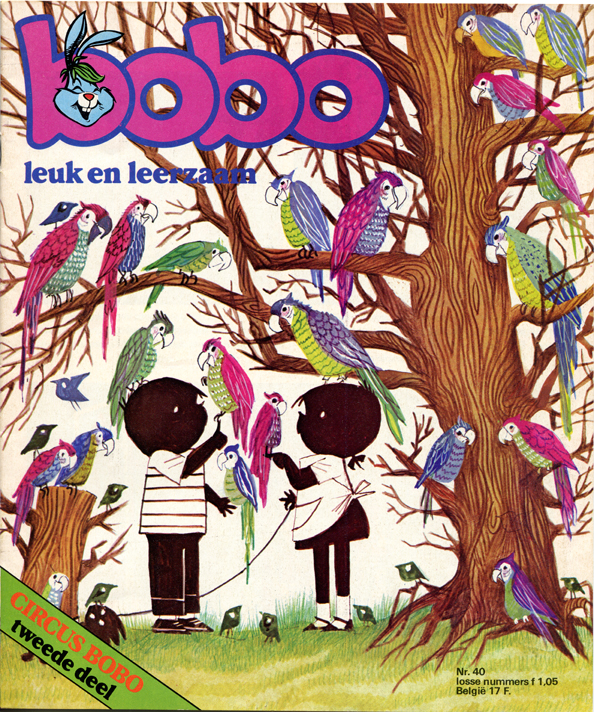 1983-1988
Fiep did a large number of illustrations for several books and magazines.

1990
In 1990 the CPNB (the Association for the Promotion of Dutch Books) asked Annie and Fiep to make the gift book for the Children’s Book Week which they organize. ‘Jorrie en Snorrie’ was to be their last project together.

1992
Zaltbommel, the town where Fiep was born, honoured her with a sculpture of Jip and Janneke, made by Ton Koops. 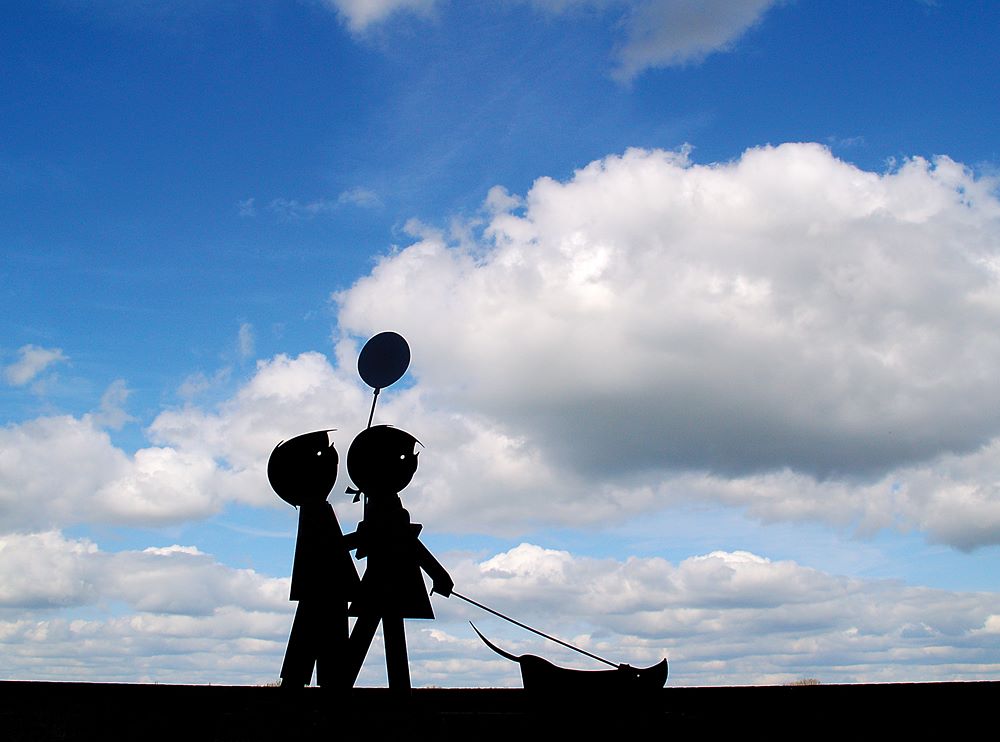 Fiep made illustrations for the cover of the collection of fairy tales by Annie M.G. Schmidt which appeared after Annie’s death in 1995. This was to be her very last illustration.

On 13 September 2003 the retrospective of Fiep’s work called ‘Getekend: Fiep Westendorp’ was opened in the Kunsthal in Rotterdam by Hedy d’Ancona. 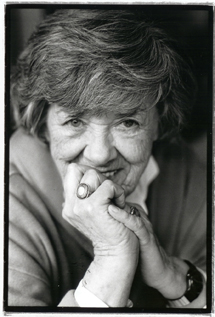